We have been invited at Simon Fraser University (SFU) in Vancouver for the May Residency (May 24-28, 2016). The residency brings together researchers and artists exploring movement analysis, dance, music technology, robotics, machine learning, and sensorimotor learning.

The May Residency is an annual meeting part of the Moving Stories project led by Thecla Schiphorst:
http://movingstories.ca/events/movement-futures-may-residency-2016

During the workshop, we presented an overview of the research on sensorimotor learning from the viewpoint of cognitive psychology and music psychology. Then we presented our ongoing experimental study on music skill acquisition through motor task variations.

Motor learning has long been studied in Cognitive Psychology and Neurosciences. However, most of these studies focus on simple motion tasks, which makes unclear how their results could generalise to more complex activities including music or dance. Particularly, in music performance, motor learning has been mostly tackled by comparing expert and novice performances leaving unexplored the underlying mechanisms of motor learning. In my talk, I will start by a literature review on (sensori-)motor learning in neurosciences, experimental psychology and psychology of music. Then I will introduce a work in progress aiming to examine mechanisms of motor learning in music performance. Finally, I will discuss insights in music pedagogy and potential transfer-of-knowledge to other practices such as dance. 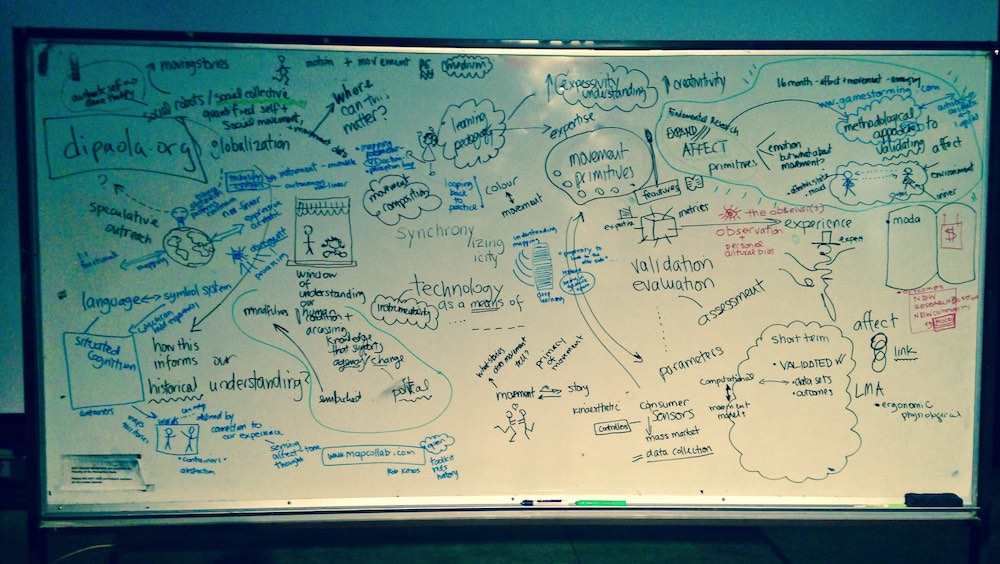 MOVEMENT AND SOUND INTERACTION: A RESEARCH OVERVIEW FROM MUSIC PERFORMANCE TO MOTOR COGNITION

Mr. Bevilacqua and Mr. Caramiaux will present an overview of research on movement and sound interaction reporting on experiments in music performance, sonic interaction design, and motor cognition. Early works on augmented musical instruments developed in collaboration with composers will be discussed and demonstrated. This research has led the team to explore novel interaction designs with digital sounds through tangible interfaces and participatory methodologies. This research advocates for a computational design approach involving physical models, probabilistic models and data-driven machine learning algorithms. Current work involves exploring the use of these methods to analyze motor learning and control in music performance with applications in rehabilitation and pedagogy.

Frédéric Bevilacqua is the head of the Sound Music Movement Interaction team at IRCAM in Paris. His research concerns the modeling and the design of interactions between movement and sound, and the development of gesture-based interactive systems. He holds a master degree in physics and a Ph.D. in Biomedical Optics from EPFL in Lausanne. He also studied music at the Berklee College of Music in Boston (1992-93) and has participated in different music and media arts projects. From 1999 to 2003 he was a researcher at the Beckman Laser Institute at the University of California Irvine. In 2003 he joined IRCAM as a researcher on gesture analysis for music and performing arts.

Baptiste Caramiaux is a Marie Sklodowska-Curie Research Fellow at McGill University (Canada) and IRCAM (France). His work focuses on new ways to interact with machines through movements by leveraging on machine learning algorithms and motor cognition. He has conducted post-doctoral research at Goldsmiths University of London, and research consultancy for the London-based music startup Mogees. Baptiste holds a PhD in Computer Science from University Pierre et Marie Curie (Paris 6) and IRCAM.